a fat guy in a t-shirt doing all the singing

so last night i ended up getting some last-minute tickets to lcd soundsystem in tripod. i’ve never seen the place so full. i had a spot directly behind the sound desk and couldn’t move from start to finish. i hate to be that guy but the lines “people don’t dance no more, they just stand there like this, they cross their arms and stare you down and drink and moan and diss” could kind of have been written about me. i won’t moan about or diss the band. not one bit. the show was awesome. i bopped a little bit. but i don’t get this whole hurling drinks and glo-sticks in the air business. last night’s crowd was wild. i guess maybe it was the positive expression of the pain felt by a disenfranchised and angry youth, given the fraught situation the nation is in. but then again, at €40+ a pop for tickets, and three sold-out shows, i doubt this youth was the most disenfranchised. but that’s moot i suppose. everyone is angry. and this isn’t that kind of blog.

last night’s show was magnificent – inspiring musicianship, unflappable focus, genuine humility in the face of overwhelming adulation, and a true sense of unparallelled joy in performance. and off stage, i really feel i have to mention how great the lights were. with a show like that you could just have spotlights and the odd strobe, but the variety, innovation and, dare i say it, humour of the lighting was definitely a highlight. the people at tonight’s show (hopefully) got to miss the bullshit bailout conference earlier, for a night of fall-of-the-empire abandon. so this is a volte face, forget what i said at the start. dance yrself clean.

REASONS TO BE CHEERFUL 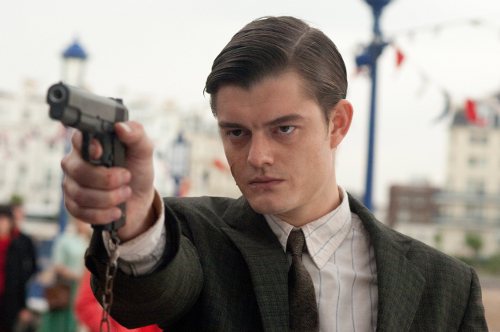 the forthcoming remake of brighton rock

a movie with no plot

last night at sidetracked i played one of my favourite sets in recent times. it helped that there seemed to be a big crowd spilling into crawdaddy from the m.i.a. show in tripod next door. then it was off to the twisted pepper for a great set from cooly g. big up to ignored playaz, and i look forward to their next gig. tonight it’s off to the sugar club for chilly gonzales. there’s a great interview with the man on nialler9.

zipped up in plastic, when it happens, that’s it

young london dj stopmakingme has been impressing me a lot over the past 12 months. it all started with his blogger’s delight mix in november last year, sadly no longer on soundcloud. then i really loved his take on marina and the diamonds’ i am not a robot this summer. he’s got a great new single coming out on kill em all records this month, the wrapped in plastic ep. funny how despite his under-the-disco-lights punch and sheen, all i think of whenever i read the title is dre’s the watcher.

anyway, you know someone’s a big deal when they’ve got justin robertson on the remix tip. the standout track for me is hot pepper sauce, but, honestly, they’re all awesome. the three original tracks are available as 192s on palms out sounds right now, and the ep is out on november 22. in the meantime have a listen to his autumn mix below.

Wrapped In Plastic EP (Kill Em All Records) by stopmakingme

last night i was talking to mr frankie grimes about dj deeon‘s the freaks. name-checked by daft punk, fabriclived by diplo, played by god-knows how many djs over the years, it’s an essential dj tool.

as it happens i picked up tod browning’s freaks this afternoon. that and a dario argento film i’d never heard of, mother of tears. god bless laser.

yesterday i picked up the latest soul jazz collection, riddim box – excursions in the uk funky underground. funky is a genre that i’ve flirted with, but haven’t fully devoted any proper time to over the past year or so. i think that really should change. i just haven’t really known where to start, so i grabbed this comp as it seemed a great stepping stone to further enlightenment. of course i recognised names like roska, zed bias (whose name i remember from the rough garage days of 2000) and altered natives (recently interviewed on truants).

right from the start i’ve been thinking “i like this, and i want to hear more like it”, which you can’t say for every compilation or genre. one that really stood out to me was sirens from hardhouse banton, if only because the smooth liquid beats of this track are so many worlds away from what i used to know as hard house. a little digging (ie looking at the cd’s inlay) tells me that this track is from 2008 – the tracks on this comp range from 05 right up to the present – but it still sounds pretty fresh to me. a simple upwardly mobile synth line and that murky numbers-esque whisper give this track a vaguely sinister edge – something that seems quite prevalent in this whole funky scene.

continuing with the siren theme, lil silva‘s pulse vs flex (itself from 2009, my bad) kicks off with a whole load of sirens and but it’s all about the relentless snares that propel the track forward on a wave of nervous, crackling energy. on a 2010 tip, dva’s natty is full of fat but subdued bassline wobs and uncontained rolls and fills, tribal rattlings and synth lines that sound like dripping taps.

so where next? time to immerse myself in night slugs and hyperdub, and, in the real world, check out cooly g at the twisted pepper in dublin this week. ignored playaz has consistently been bringing uk funky goodness to these shores for the past 12 months, and somehow i’ve managed to miss each and every one of his bookings. that all changes on friday.

chromeo turned into a pretty late one on thursday, and i was in work at 10.30 this morning, so i was never going to be able to stay long at sidetracked last night. i did make sure to play some fun tunes though. daire was pretty excited that i was playing a haçienda-style set, though with classixx and missy elliott in there it was never going to be totally mad(chester). daire asked me to make a mix out of these tunes, and, time permitting, i might just do it. END_OF_DOCUMENT_TOKEN_TO_BE_REPLACED 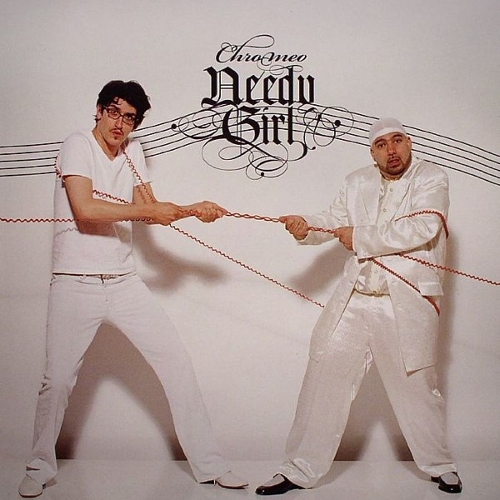 like you ain’t heard, chromeo are playing dublin tomorrow. the last time they played ireland i was busy trying to hassle diplo for an interview, so missed their show. pretty annoyed, but such is life. you know some of the best things with the chromeo name attached are remixes? every time they put something out, they really get the best there is both to complement and to rework their sound.
END_OF_DOCUMENT_TOKEN_TO_BE_REPLACED

zonoscope – album cover of the year 2011

too early? who cares. this wins. see here.